The global carbon cycle is a balance of fluxes between reservoirs. Currently there is an imbalance as a result of burning fossil fuels sending an enormous amount of CO2 into the atmosphere. But, only about half of what is sent to the atmosphere accumulates there and the rest is taken into reservoirs, some into the ocean and a lot into terrestrial component – through vegetation and into soils. Any process that increases the net movement into stable soil pools is a benefit and any process that increases net movement into the atmosphere is a cost. There is a large range in both pools and fluxes indicating the uncertainty in our understanding of these processes and how to represent them accurately in earth systems models that generate these numbers.

Soil organic carbon is distributed globally on land surfaces and total carbon stock is dependent on carbon concentration and depth of soil profile. Detecting change in carbon stock on a regional or site-level is challenging because we rarely sample all the way to bedrock, and land use, management, or vegetation can impact the bulk density of soil and therefore the carbon stock if measured on a volumetric basis only at the surface of the soil profile. One solution is to remove volume from the carbon stock equation and calculate carbon stock on an equivalent mass basis instead of volume basis.

Soil carbon persists throughout the soil profile, typically in higher concentration at the surface and lower concentration in deeper horizons of mineral soils. Permafrost and peat soils, particularly abundant in high latitudes, may have homogenous, high organic carbon concentrations throughout very deep profiles.

Transport of organic C into and through soils

Multiple soil processes act to transform and transport organic matter in soil resulting in additions and losses throughout the profile. 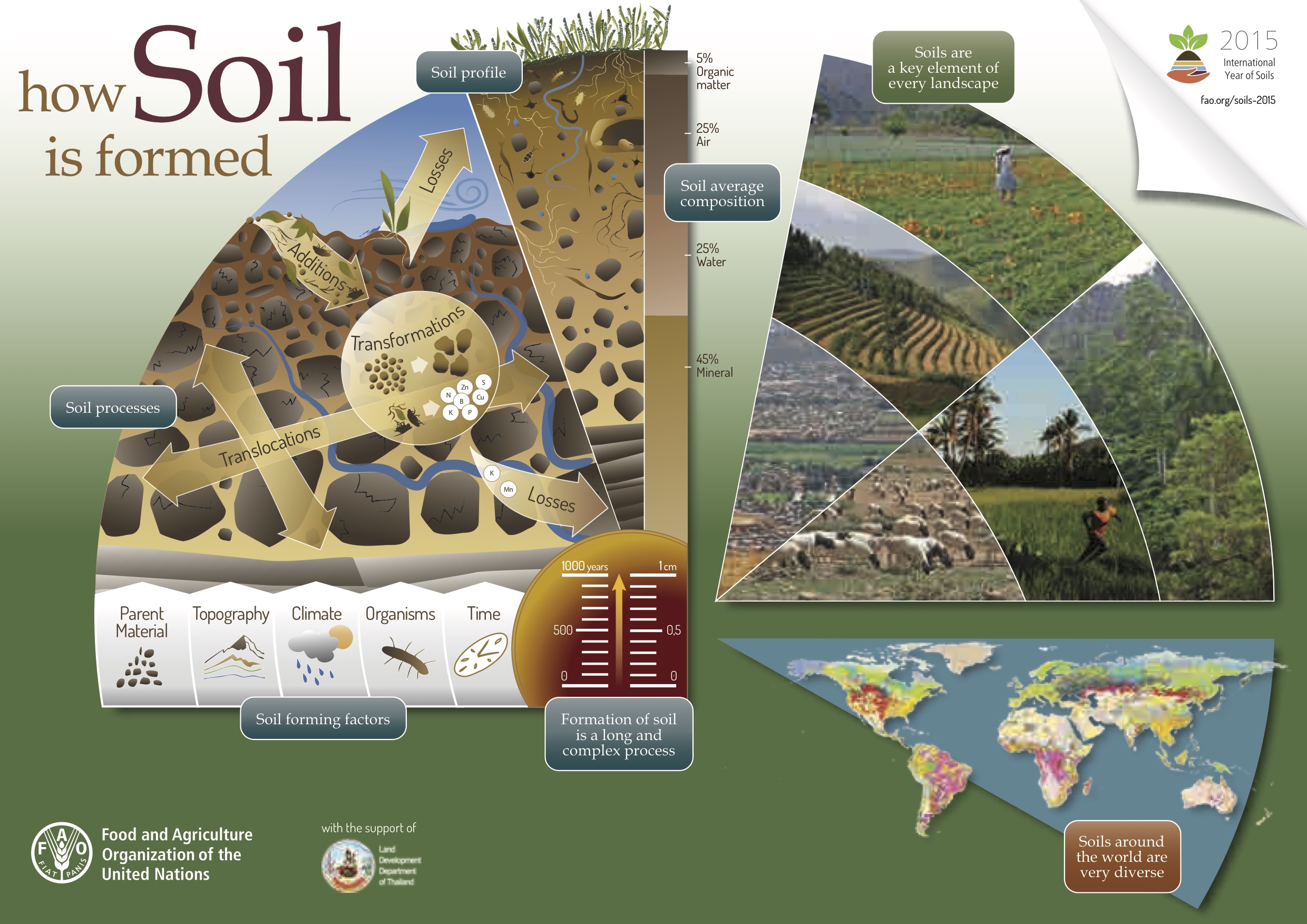 From FOA International Year of Soils 2015

Soil as an ecosystem 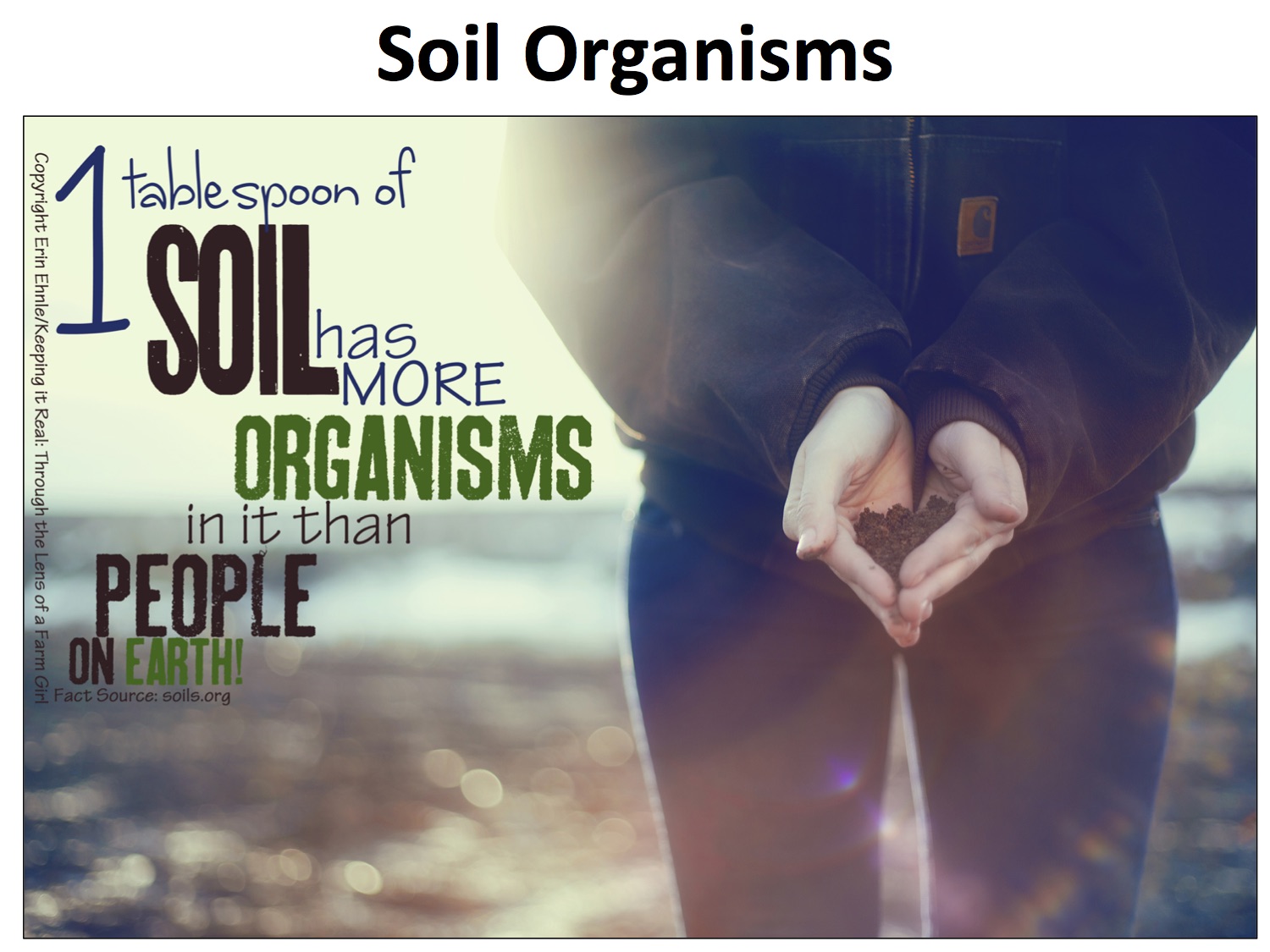 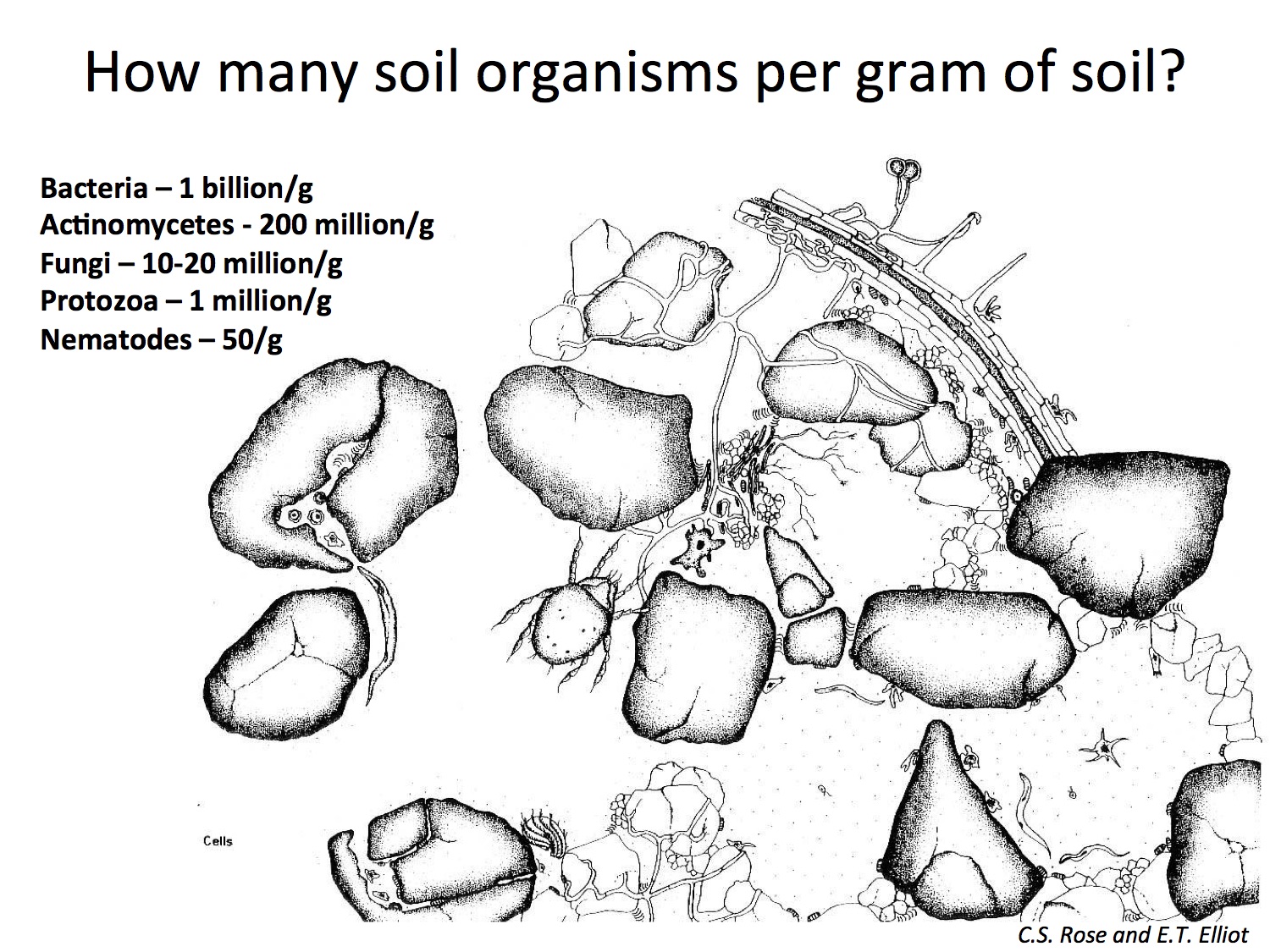 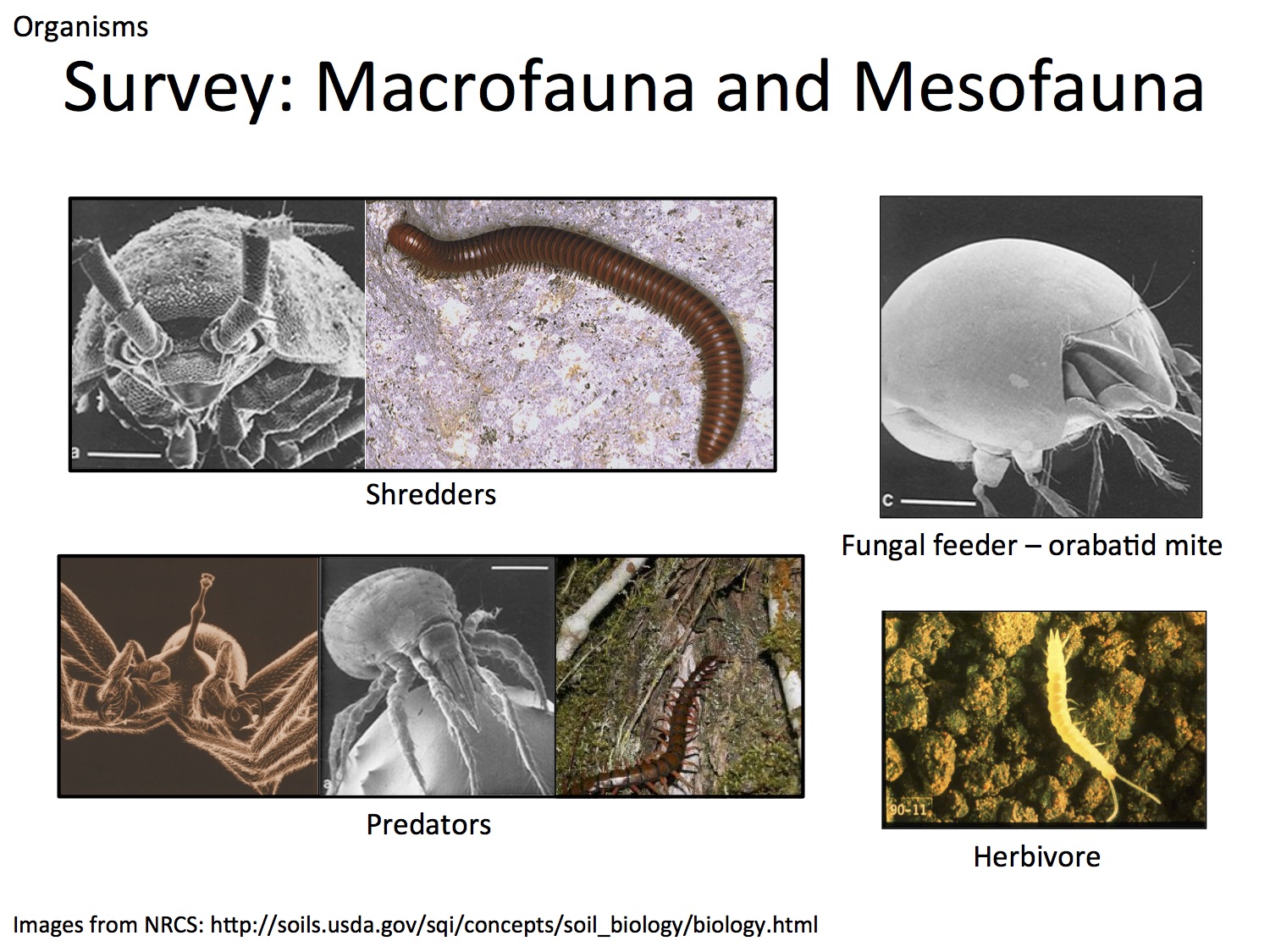 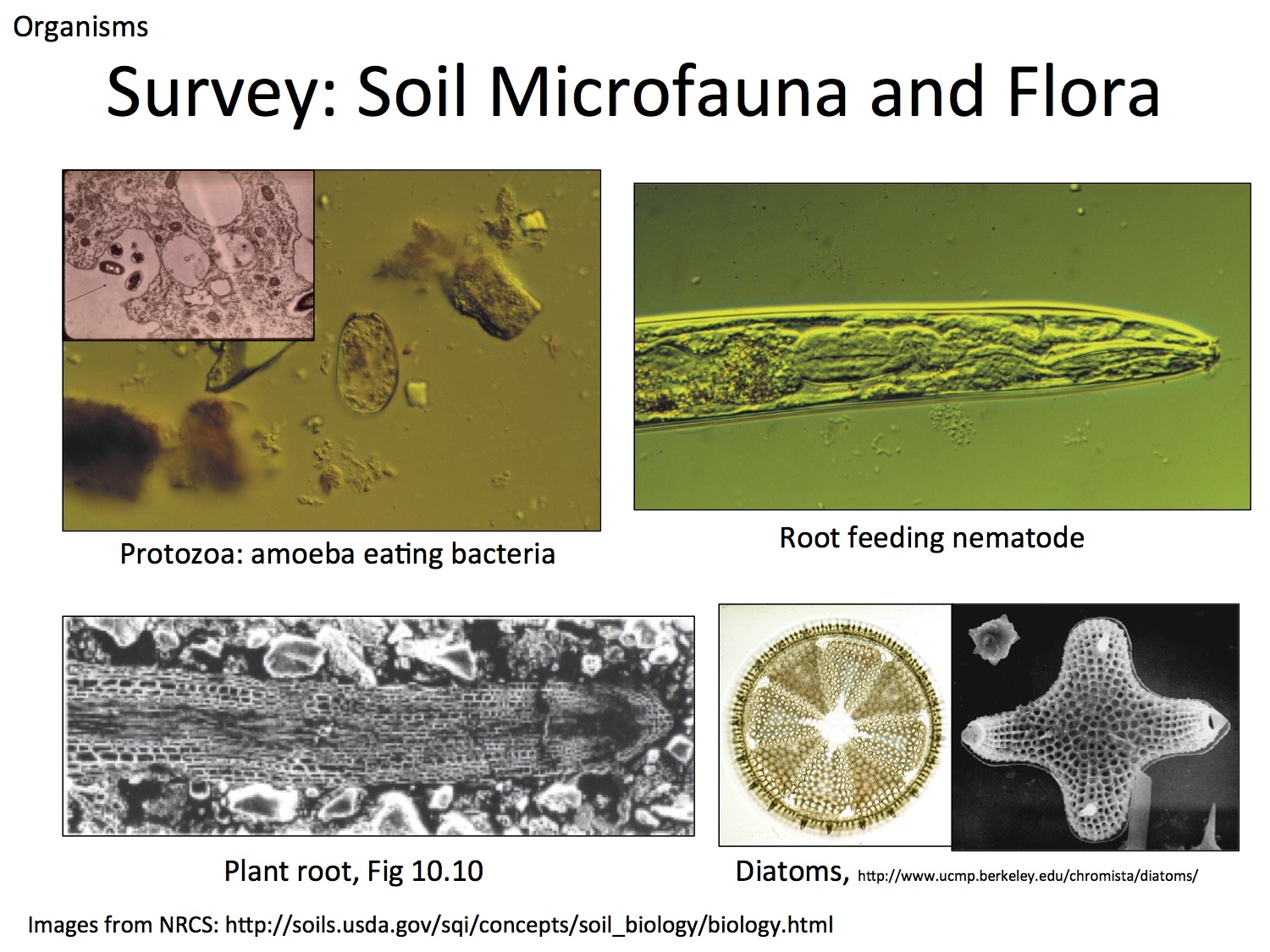 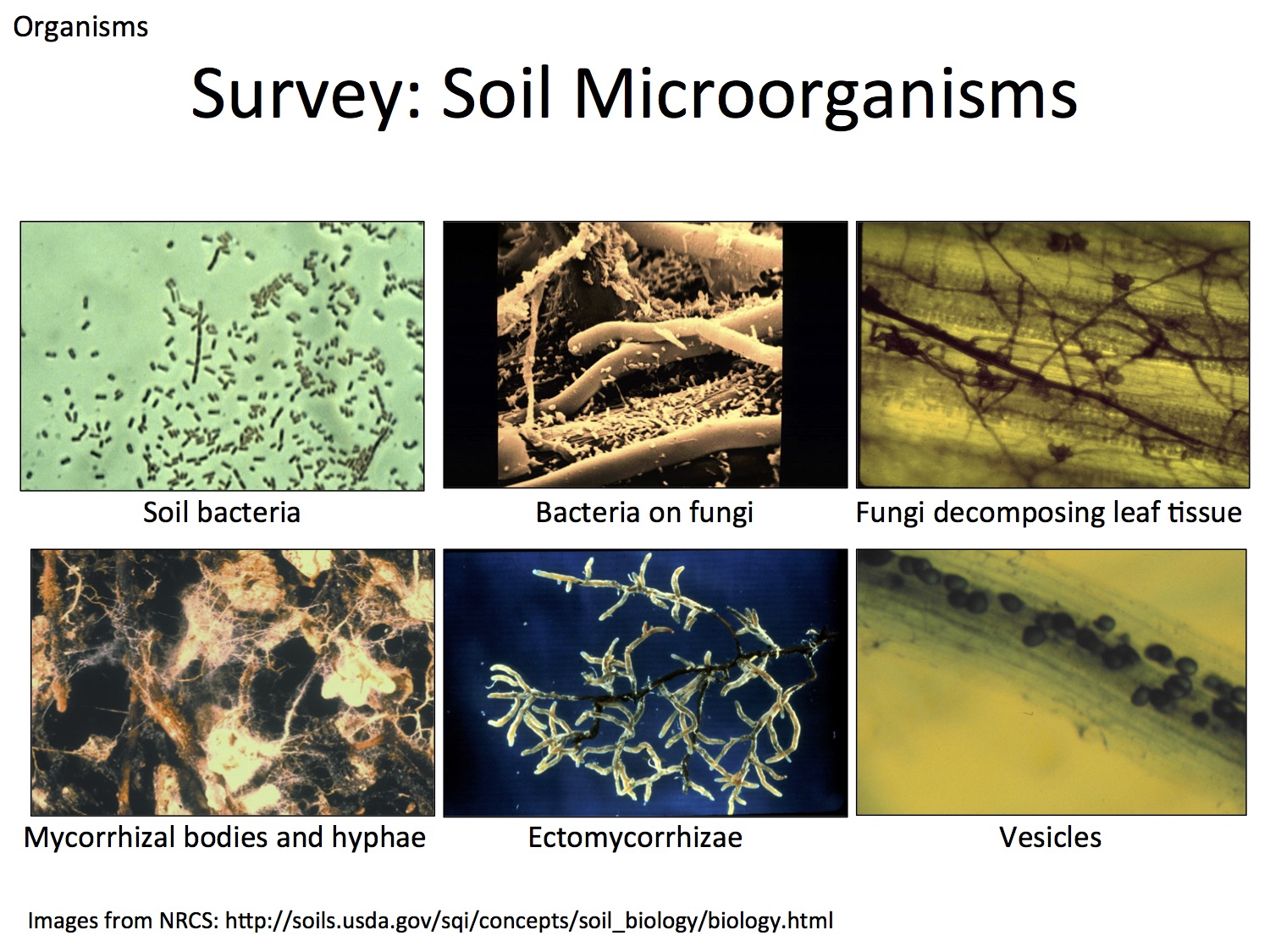 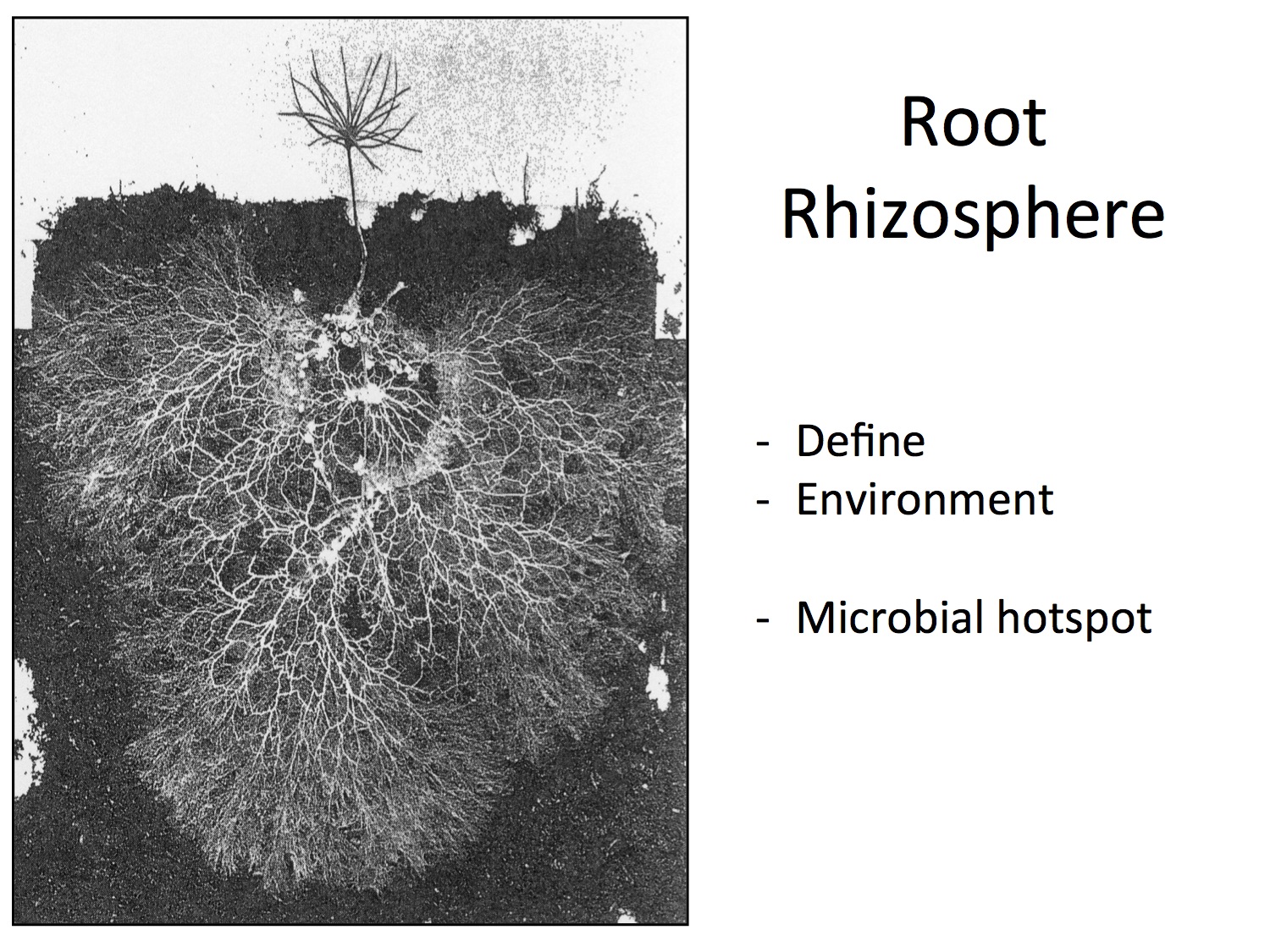 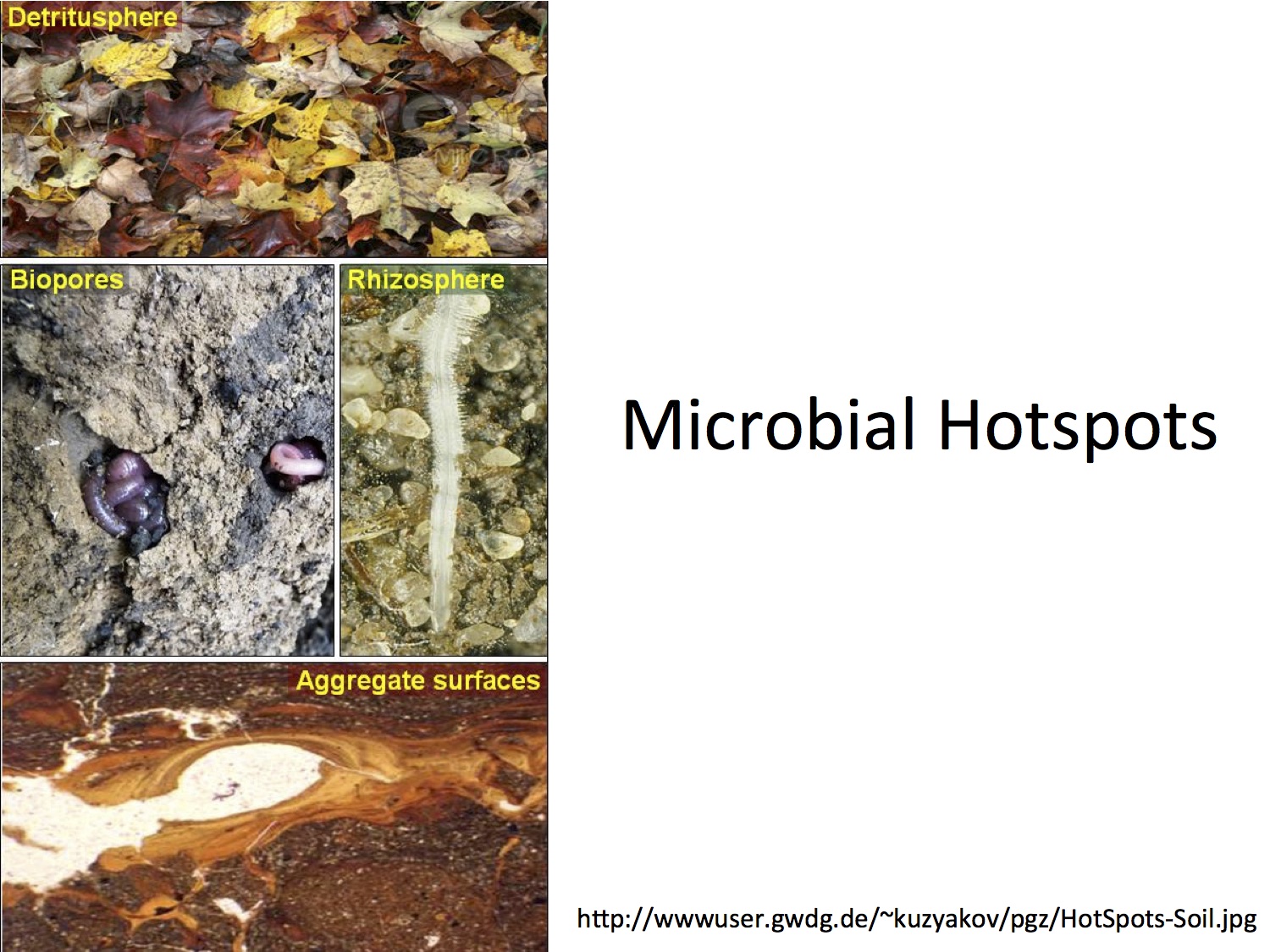 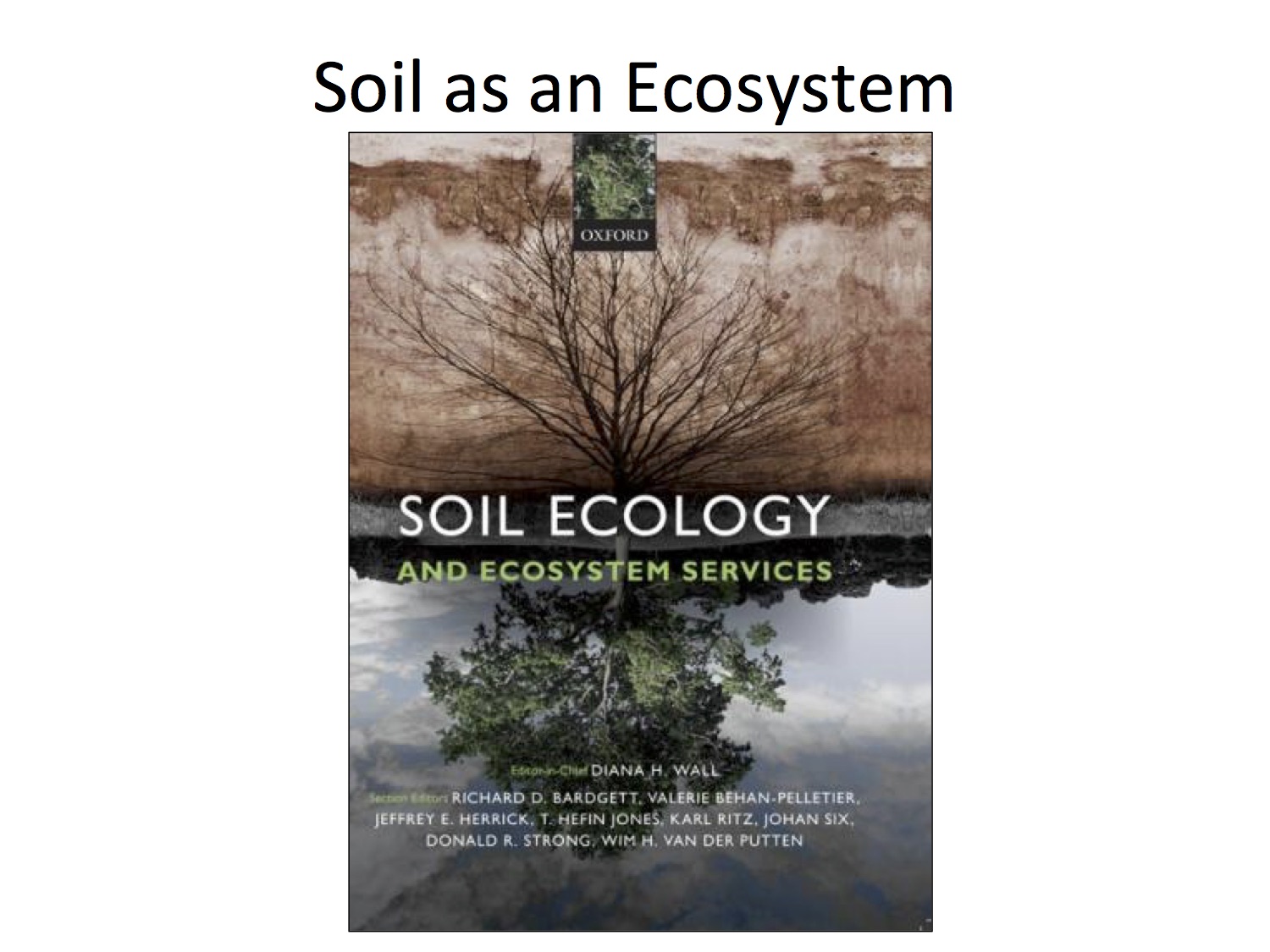 From NREM 304 Fundamentals of Soil Science, University of Hawaii Manoa