It’s hard to pinpoint individual controls of SOM storage because soils are highly heterogeneous and there are many potential processes occurring across multiple scales. From the the nano-scale interactions between minerals and SOM to the macro-scale protection of large SOM particles by aggregates, soil systems are complex and hard to study.

Historically, SOM was believed to condense into larger molecules that are more recalcitrant (chemically resistance to decay) and persist in soils, a theory known as “humification”, and a lot of work in soils in centered around this idea. However, we have come to understand that humification as a theory doesn’t make sense. Movement away from humification theory was catalyzed by improvements in measurement and visualization of the soil system by techniques like nuclear magnetic resonance (NMR) and in-situ soil chemistry that showed that complex “humic” macromolecules are not prevalent in soils. Instead most SOM resembles biomolecules created by plants and microbes.

Though it has long been understood by soil scientists that discrete stabilization mechanisms are at work in soils, there has been a lack of acceptance of these ideas in adjoining disciplines that also deal with soils. Everyone who works with soils should consider physical disconnection, sorption/desorption, and freeze-thaw cycles as key mechanisms controlling SOM sequestration. It is also important to understand that carbon inputs into soils are largely controlled by the rhizosphere.

In contemporary times we’ve come to think of SOM storage as a process of stabilization and de-stabilization by multiple discrete mechanisms in the soil, an idea that was first conceptualized well by Sollins and co-authors circa 1996. 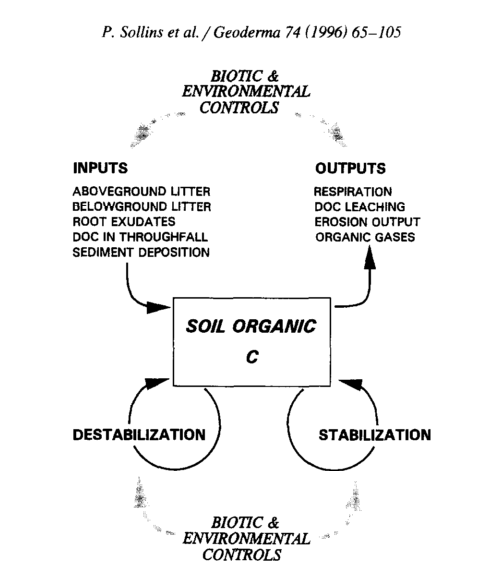 Fig 1. Sollins et al. (1996) is a fantastic paper that brings together many of the budding ideas in soil science at the time. It is a concrete and well discussed paper on how SOM storage can be conceptualized

Figure 4. The soil continum model (SCM) is an attempt to bring together disparate conceptualizations of soil carbon storage, which is an important step forward in soil science as we try to determine the best measurement and modeling techniques to predict SOC changes. For full figure text see Lehmann & Kleber (2015) DOI: [10.1038/nature16069

Importantly, Lehmann & Kleber (2015) illustrate aggregation and mineral sorption as key processes in SOM storage. They also point out that biopolymer size determines assimilation by microbes. Though not definitive, the SCM model is an important step towards an accurate conceptualization of SOM storage.

New work by Vidal et al. (2018) has highlighted important interactions in the rhizosphere between plant roots, fungi, and bacteria. The hope is that research like this will inform how we think about SOM and eventually lead to new conceptualizations of SOM storage that can be tested, further refined, and finally modeled to help project future changes in SOC. 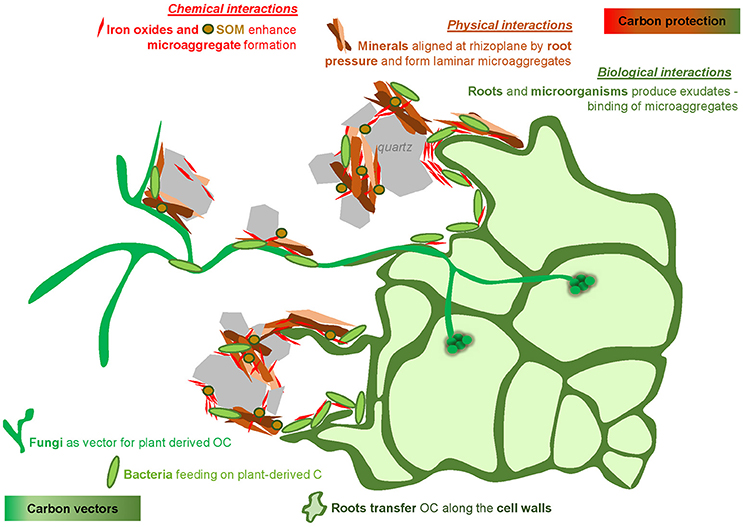 Moving forward there needs to be a focus on connecting theory, measurement, and modeling as a single process. When separated we fail to close the loop of the scientific method and have difficulty informing further research. Only by designing experiments to test conceptual theory and provide data to model soil systems will we be able to provide farmers, land managers, policy makers, and the general public with tools to better understand soil carbon.