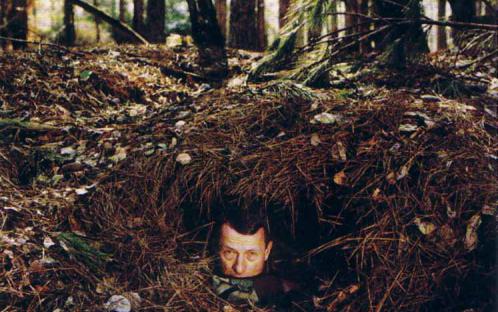 In order to understand SOM, one needs to move away from the traditional “humification” model and instead think of SOM as a continuum of progressively decomposing organic compounds as well as microbial-synthesized substances (see JW-1). OM does not persist because of its intrinsic properties, rather it is the physicochemical and biological influences from the surrounding environment that reduce the probability and rate of decomposition. Thus, long-term, in situ studies of entire soil profiles are necessary to investigate distinct mechanisms underpinning soil carbon sequestration. Schmidt et al. (2011) studied the persistence of SOM as an ecosystem property and identified eight recent insights into carbon cycling in soils. Table 1 lists these insights and their recommendations on how to improve current ecosystem models.

As a soil ecosystem ages, net changes in C stocks begin to approach its carrying capacity (Figure 1). Initially, soil C declines because dead organic matter is decomposed faster than plant biomass accumulates. Later in the cycle, dead organic matter stocks start to increase and accumulate. Then, the soil reaches the maximum rate of net carbon uptake before reaching its carrying capacity of soil C. Ultimately, this net change in C stocks dictate whether C is lost to or sequestered from the atmosphere. Figure 1 depicts the change in C stocks over time in a natural system. 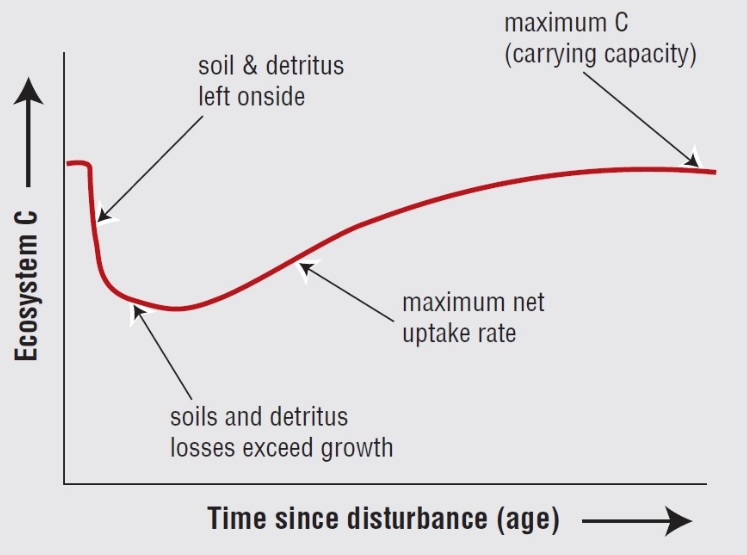 At any point in time, this natural flux of C content can change through natural (biotic and abiotic) influences. Many factors, such as hydrology, can result in both SOM loss or gain via erosion or deposition, respectively. Anthropogenic activities, in particular, can cause major changes in soil C resulting in an unbalanced system. Figure 2 lists several key factors contributing to SOM dynamics. This list is not exhaustive; more studies need to be conducted to properly understand the mechanisms driving SOM dynamics. See (LINK TO GW-2) for more on reducing the loss of C and how different types of plant residues contribute to organic matter inputs. Various case studies have looked at specific components or influences resulting in SOM gain or loss (Table 2).

Table 2. Overview of factors that drive SOM dynamics and their supporting case studies from Kristy Lam

Coordination of International Research Cooperation on soil Carbon Sequestration in Agriculture (CIRCASA) Project CIRCASA is a European Union (EU) group that aims to develop international synergies concerning research and knowledge exchange in the field of carbon sequestration in agricultural soils at both EU and global levels.
Visit this website

Soil Carbon Information Hub by the USGS, Powell Center & Max Planck Institute for Biogeochemistry The goal of this coalition is to synthesize and share information on the importance of soil organic matter as it plays an inevitable role in promoting soil health as well as mitigating climate change on a regional and global scale. Visit this website.